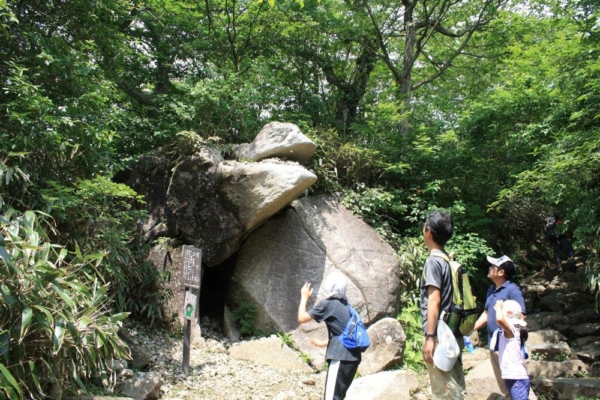 This rock is shaped like a toad and is also called “Oryu-Ishi”. It is said that if you can throw a stone into the toad’s mouth, you will be lucky with money.

It is 877 meters above sea level, and the highest spot on Mt. Tsukuba. You can enjoy the most wonderful panorama.

An introduction of “Power Spots” 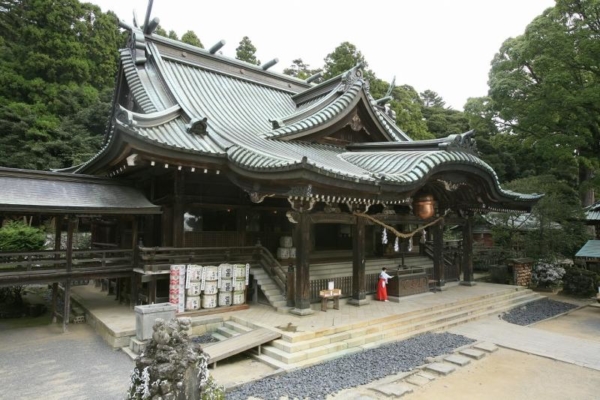 This is an old shrine, has 3,000 years history, and is one of the most famous shrines in the Kanto Region.
It is said that this shrine has the power to bless matchmaking or marital harmony. 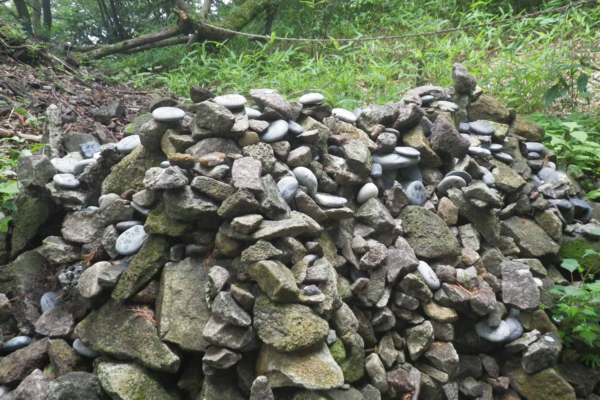 It is said that if you pile up a stone with your wishes on this spot, they will come true. It is recommend to dedicate your wish by writing it on a “Negai-ishi”(a sacred stone) at Mt. Tsukuba-jinja.(An offering of ¥300 is required.) 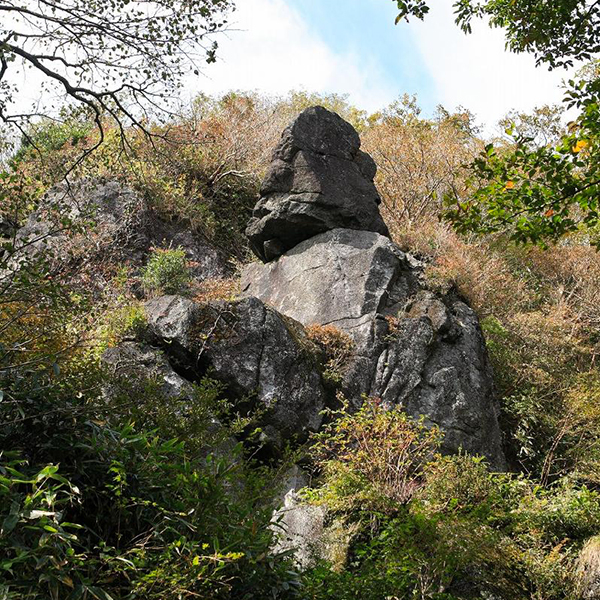 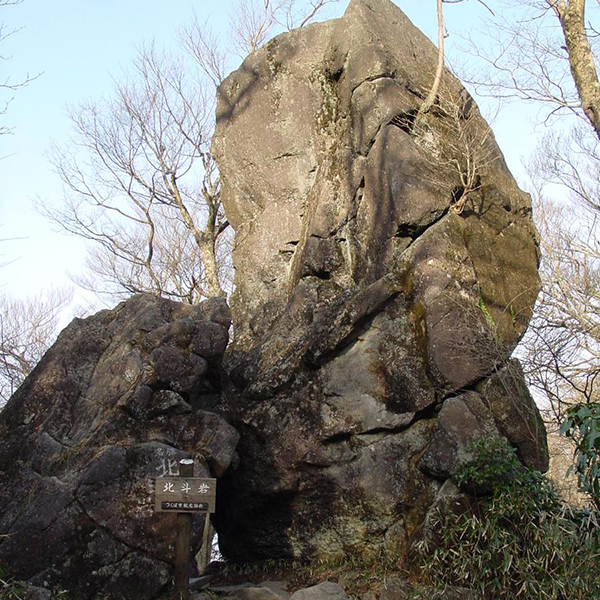 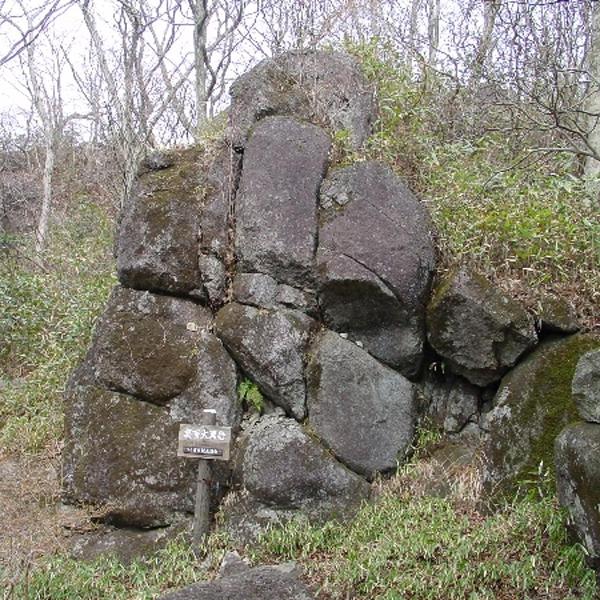 Rimen-Daikoku
A rock that looks like the god of wealth, Daikoku, who carries a big bag on his back 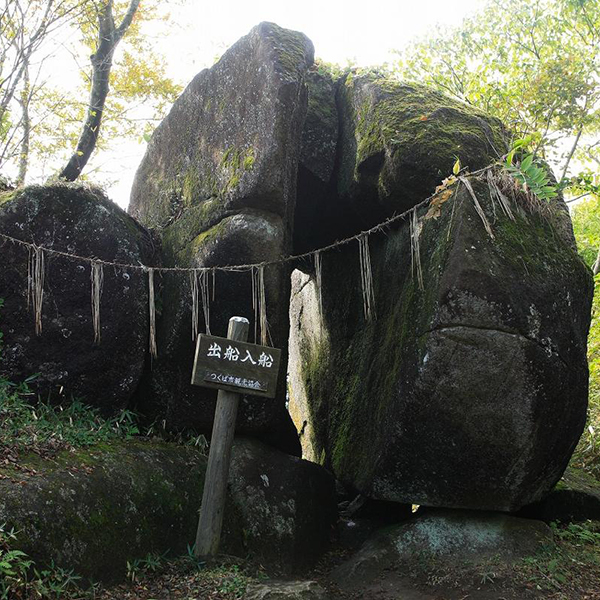 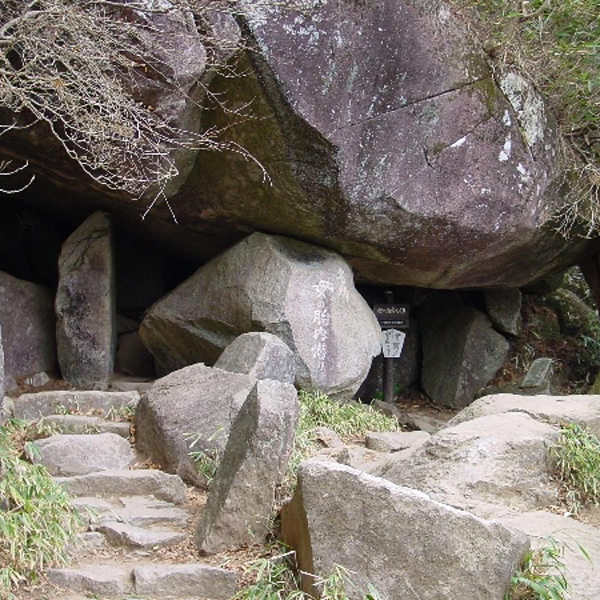 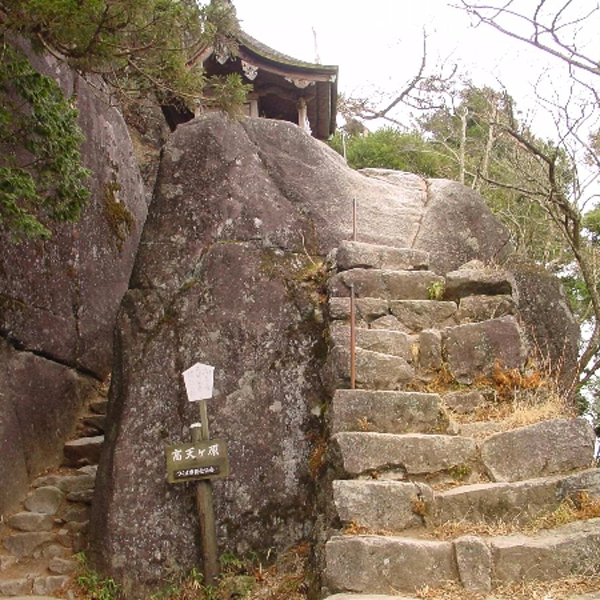 Takamagahara
The Plain of Heaven, home of the Gods 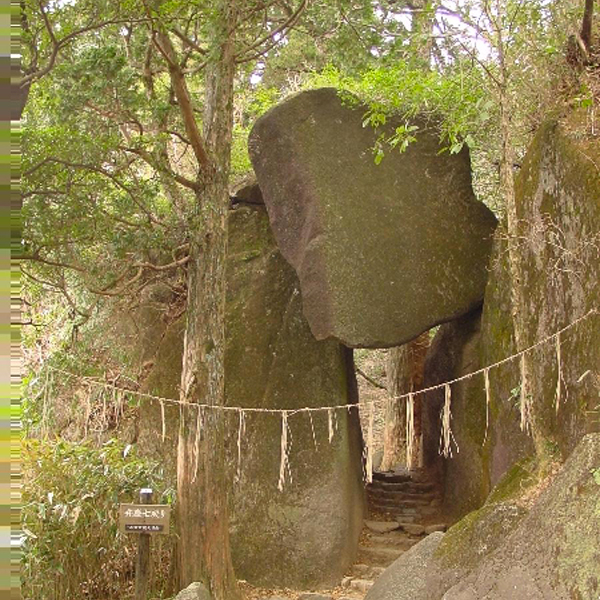 Benkei-Nanamodori
Priest Benkei’s Rock – The rock balances so dangerously, that Benkei, a priest from long ago, tried 7 times before he had the courage to pass to the Pure Land on the other side.